Four Words: You Need to Change 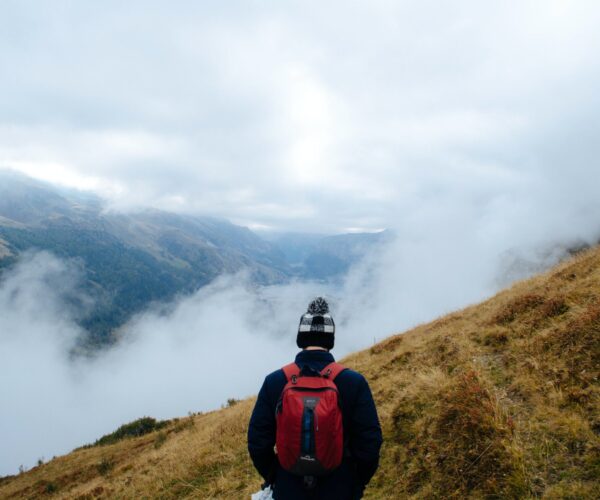 It was from my first grade teacher that I first heard the phrase, “You need to change.”

I had finally been invited one day to play freeze tag with the other kids, a dream come true for me at the time. I knew the rules well after watching other kids play it for so long. Intent on enjoying that day’s recess, I couldn’t see any way of making a fool out of myself.

However, the kid who invited me to play had every intention of making a fool of me, which he started by changing the rules on a whim. I thought I was playing tag, but I turned out to be completely wrong when everyone’s eyes began to focus awkwardly on me.

“Of course you don’t know how to play tag, weirdo!”

That one word has been branded against me so many times, but this time felt more searing hot than ever before. Other kids joined him in laughing at me, smothering me with shame.

Desperate to break away and hide, I darted toward the edge of the playground, pushing over the kid who started it all. Right before I got to my quiet spot, I felt a jolt backwards as my teacher grabbed my arm with a familiar yet forceful grip. Feeling defeated, I surrendered to another scolding by my principal.

I wished more than anything that I could bring him into my mind and show him the moment according to how it played out tauntingly and repeatedly in my mind. However, my principal insisted that my behavior change, or else he’d schedule a conference with my parents.

Those words gripping my stomach tightly, I convinced myself that he had never played tag in his life, or had never even been fooled. I could never come to the conclusion that he held about me being wrong, but I felt no other choice but to accept it.

I just wanted to play tag with other kids, giving every last bit of myself and fitting in because of who I was and nothing more. But as clear as my principal’s closing words, I needed to change.

I spent several years after that jumping through whatever hoops I needed to fit in. My dad told me point blank that I needed friends, saying that “A lone ranger is a dead ranger.”

I felt like a modest sapling struggling to grow into his patch of sunlight amidst imposing and sprawling trees, as if I had no right to exist in my own biome. Being myself unapologetically made others uncomfortable, as I observed; and making others uncomfortable was often met with a complaint or “quick word” from an authority figure.

I started whittling myself down in places to fit around many kinds of people, because it seemed that growing tall but twisted was more acceptable than growing full but short.

From my Dad to my high school guidance counselor, I was told that it was on me to ignore the taunting bullies and be aware of my surroundings. When I was being covertly laughed at, my looks of distress and withering of composure were met with strikes bringing me closer to the all-too-familiar principal’s office.

My heart kept telling me the truth, that I couldn’t control their behavior, but my brain would gladly give up everything I knew to be true about myself in order to have things work out toward them liking me. My thoughts and feelings didn’t seem to count, only the results.

Never really knowing if I was encroaching on someone’s boundaries, I allowed any small inkling of them feeling uncomfortable to smother me with shame over being an awkward person at my core. It didn’t matter if they had any quirks or unspoken reservations, it was wrong of me to make them feel uncomfortable, I swore to myself.

After my first semester of college, I told my parents about all of the friends I made in my dorm and through various student clubs. Elated by that, they told me how impressed they were by how much I had changed. I felt like many things didn’t change though, like how easily I’d find people to explore the campus woods with through my school’s outdoor club.

However, participating in study groups and talking to women had become skills that I felt pressured to master. As my friends flourished beyond the boundaries of our friendship born from those campus woods, I needed to be whatever version of myself would get me acceptance, admiration, and success so as not to become the lone ranger that my Dad warned me about.

I learned to stay clear of subjects I was truly passionate about, because it never really did hold down a conversation or impress others. I had no intention of growing above their canopy of influence, but only getting enough sunlight to survive, as to not be shaded out.

In those instances, I realized I changed so much that I had in fact started to whittle myself away. But did I become the best version of myself by changing? I wanted the old me, but I also didn’t want to lose what I had gained.

My last year of college revealed some hard truths to me, like how I needed how to better decipher someone’s trust in me from someone else’s tolerance of me. And that I needed to let go of the life that I felt like I needed to have and accept something different with an open heart.

One year after graduating, I found true acceptance by hiking from Georgia to Maine, giving every last bit of myself alongside many other hikers. I ended up building the most fulfilling friendships when I did things for myself while also not forsaking myself. I kept wandering and meeting other wanderers, and being who I always was.

I can’t say for certain whether I got more or less awkward, but it became much easier to accept my successes and many messes when I struggled with others. By carefully choosing my battles and who I fought them around, I finally planted myself in soil where I could grow.

My foliage began to fill in where it was once weak, and my limbs grew sturdier when they had once been limp. A tree may never be bigger than most saplings, but it will always be its healthiest when grown in the right soil.

John Adriance is a contributing writer for Neuroclastic, a website that provides information about the autism spectrum from autistic people. Read the original article here.

Photo by Naomi Hutchinson on Unsplash