Strategies to Spend Less Time on your Smartphone 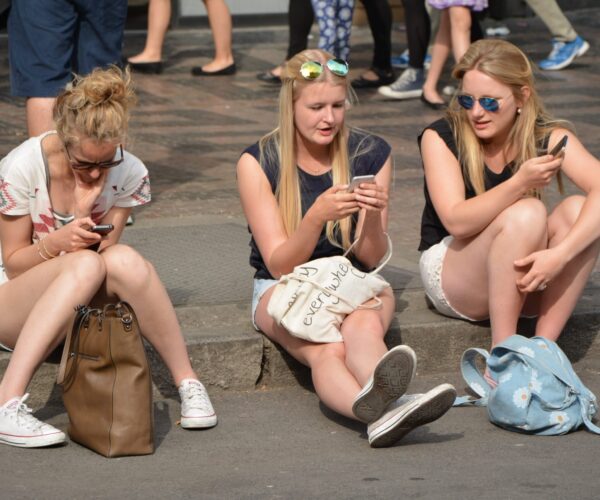 Smartphones are a significant part of life in the 21st century. According to the technology, data and analytics experts at Zenith, in 2019 the average American adult spent three hours and 30 minutes using mobile internet every day, with estimates suggesting that number could increase to more than four hours per day by 2021.

It’s no secret that many people struggle when it comes to putting down their smartphones. The secret lies in learning how to unplug from smartphones, especially for the millions of people who are spending untold hours on such devices every day. A strong will to put smartphones down can help people do just that, and some additional strategies might make it easier to unplug as well.

Keep your phone in another room.

Many people are drawn to their smartphones by a seemingly endless stream of notifications. The addictive nature of notifications is debatable, but blaming notifications and merely turning them off may not be as effective a means to reducing smartphone reliance as you think. A 2020 study by researchers at the London School of Economics and Political Science found that 89 percent of interactions with phones were unprompted. That suggests people are simply picking up their phones even when notifications or incoming calls aren’t making them do so. Keeping a phone in another room when dining, reading a book, engaging with family members, or participating in other activities can help people avoid that familiar urge to pick up their phone.

Utilize apps to curtail your usage.

Various apps allow users to block their own access to other apps and websites. These apps, which include Flipd and Freedom, are designed to help smartphone users regain productivity they might have lost due to their smartphone usage. The apps can be utilized in various ways, and one such way is to restrict access to games and websites during the workday. They also can be used to restrict access during family time or other hours of the day when people don’t want to be distracted by the internet.

Many professionals set up out-of-office messages to notify colleagues and clients when they’re on vacation or engaging in projects that will prevent them from answering emails. The same principle can be applied to text messages. According to a 2019 survey from CTIA, which has tracked the evolution of the United States wireless industry since 1985, two trillion text messages were exchanged in 2019. That’s a lot of messages, and texting is a significant reason why so many people have problems putting down their phones. An automatic response informing friends, family and colleagues that you’re away from your phone can be a great way to spend less time texting.

Smartphone usage is on the rise, even among people who want to put their phones down more often. Such users can try various approaches to spend less time on their phones.

Photo by Beth Macdonald on Unsplash