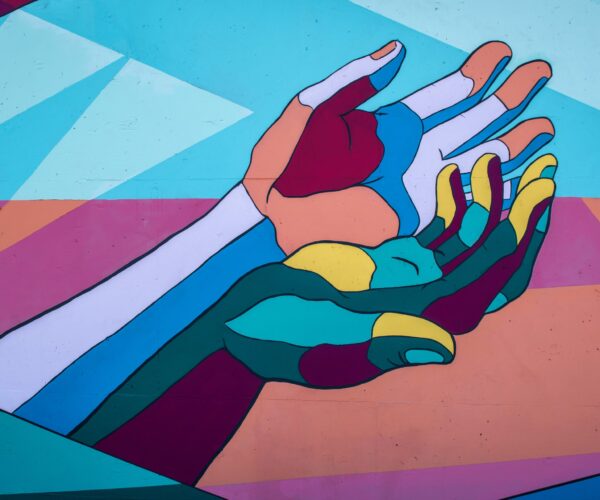 Gaining access to mental health services can be extremely challenging for autistic individuals, especially for those affected by addiction, and whose early years are marked by a lack of strong social, familial, and professional support.

While my family promoted an environment of self-acceptance and encouragement, I felt as if I didn’t fit anywhere. I was the ugly duckling, but the adults in my life were content in thinking I was just different. When I was finally diagnosed with autism as an adult, I didn’t have the tools I needed to process all those years of not fitting in. Instead, I spent years self-medicating with drugs and alcohol. I was also skilled, as many with autism are, at masking my psychosis and obsessive-compulsive disorder. I progressed from smoking cannabis to an opioid and benzodiazepine addiction, finally realizing that I needed help.

I was incorrectly diagnosed with emotionally unstable personality disorder (EUPD) at a local mental health organization and referred to a drug and alcohol treatment program, where things became really complicated. Once again, I was the ugly duckling that didn’t fit anywhere. The mental health agency said my substance abuse required immediate treatment and intervention prior to addressing my mental health issues. The substance abuse agency said my mental health required immediate intervention before addiction treatment would be successful. Of course, the fact that I was not a neurotypical person made everything much more complicated. I obsessed over my substance abuse, by keeping mountains of information, journals, details on drugs I had taken, in which combinations, and how they affected me. I was in somewhat of a twisted love affair with my addiction yet struggling to end it.

When I did not respond to treatment as a neurotypical person might, I was viewed as a nuisance. To make matters worse, the treatment locations and waiting rooms were a sensory hell – filled with humming fluorescent lights, loud and aggressive patients, and the smell of heavily used carpets and industrial cleaning fluids. My executive dysfunction didn’t help matters. I had a hard time remembering appointment dates without a reminder card or call and last-minute notices of appointment cancellations caused me to panic due to sudden changes in routine.

Eventually I had a moment of clarity, got myself admitted to an inpatient detox program at the local psychiatric hospital, and six months later was completely sober. However, when my autistic behaviors became more apparent, the hospital medicated me more heavily causing terrible side-effects and referred me to another psychiatric hospital where I remained for another month. When practitioners at the new hospital were completely unprepared for an autistic patient, I was again treated as a nuisance, often left to my own devices, and my mental health issues were ignored because they did not present in a typical manner. After a month I was discharged, and over the next eight months I experienced my worst psychotic episode.

What ultimately saved me was a conclusive diagnosis of autism spectrum disorder. I was 26 years old and began to discover and explore the existence of a neurodiverse community. I finally had some answers as to why I was such a mystery to the medical community, and finally started learning to accept myself.

My path has been challenging, but it has brought me to a place where I feel useful and accepted. My life is now dedicated to advocating on behalf of others like me. I speak to and advise other autistic addicts. I have learned that there are many autistic people who have had similar experiences.

Most importantly, I have learned that there are significant small changes that could be made in mental health treatment facilities that would help significantly. They include:

The greatest lesson I have learned is the importance of inclusion. Autistic people are not a nuisance. They are not the ugly ducklings. They have unique needs, gifts, and talents. For some, the services they receive are the difference between life and death. Inclusion can seem like an insurmountable challenge when we try to create it on our own. However, including neurodiverse patients in the conversations about how professionals can best support them will go a long way in making a difference.

David Gray-Hammond is an autistic addict from England, now sober for over three years. He has co-occurring OCD, PTSD, and psychosis. After years of treatments by psychiatric services in the UK, he now uses his experiences to help inform treatment policy.

Photo by Tim Mossholder on Unsplash