How Puzzles May Benefit Brain Health 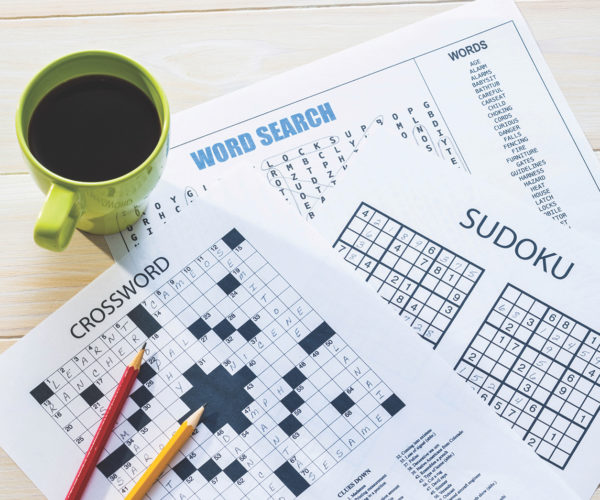 People of all ages and abilities can enjoy the challenges posed by puzzles such as jigsaws, crosswords, word finds and Sudoku, among others. Some even wonder if puzzles are more than simple fun and something that can actually benefit the brain.

The idea that there’s a correlation between exercising the brain through puzzles and improving its function, much in the way that lifting weights can strengthen the muscles of the body, seems reasonable. Studies are ongoing, and the reviews are mixed. A 1999 study examining crosswords that was published in the Journal of Experimental Psychology found no evidence to suggest crossword puzzles reduced age-related declines in cognition. However, research published a year later in Psychology of Aging suggested that crosswords, when done by older subjects, seemed to partially attenuate the negative effects of age on memory and perceptual speed tasks.

Data published in USA Today indicates that solving puzzles may help reinforce existing connections between brain cells and the generation of new relationships. This may improve mental speed and thought processes. Doing jigsaw puzzles could help with short-term memory, namely remembering shapes and colors, and visualizing the larger, finished picture.

Researcher Keith Wesnes, a professor of cognitive neuroscience at the University of Exeter in England, studied the impact of crosswords on attention, reasoning, and memory. Wesnes found a direct relationship between solving puzzles and the accuracy of varying ranges of functions, including reasoning, attention and memory recall.

Puzzles can keep the brain active. Tangible results not withstanding, one can reason that engaging regularly with word-based puzzles can improve vocabularly fluency and keep people in tune with turns of phrase and even current events. Puzzles also may assist with thinking creatively and employing reason to solve problems. Achieving success with puzzles may pave the way for tackling larger challenges by thinking outside of the box.

Even though studies are ongoing, there is some belief that doing puzzles can slow decline in memory among healthy individuals as well as those who have been diagnosed with dementia. A 2014 trial funded by the National Institutes of Health found that the benefits of cognitive training for older adults can last as long as 10 years. The researchers recommended that older adults try any cognitively stimulating activity, such as solving crossword puzzles and playing cards.

Puzzles are stimulating and fun and can be social when shared with others. These are factors that can stimulate the brain and may even help it to maintain optimal function.