Book Review: Lulu is a Rhinoceros 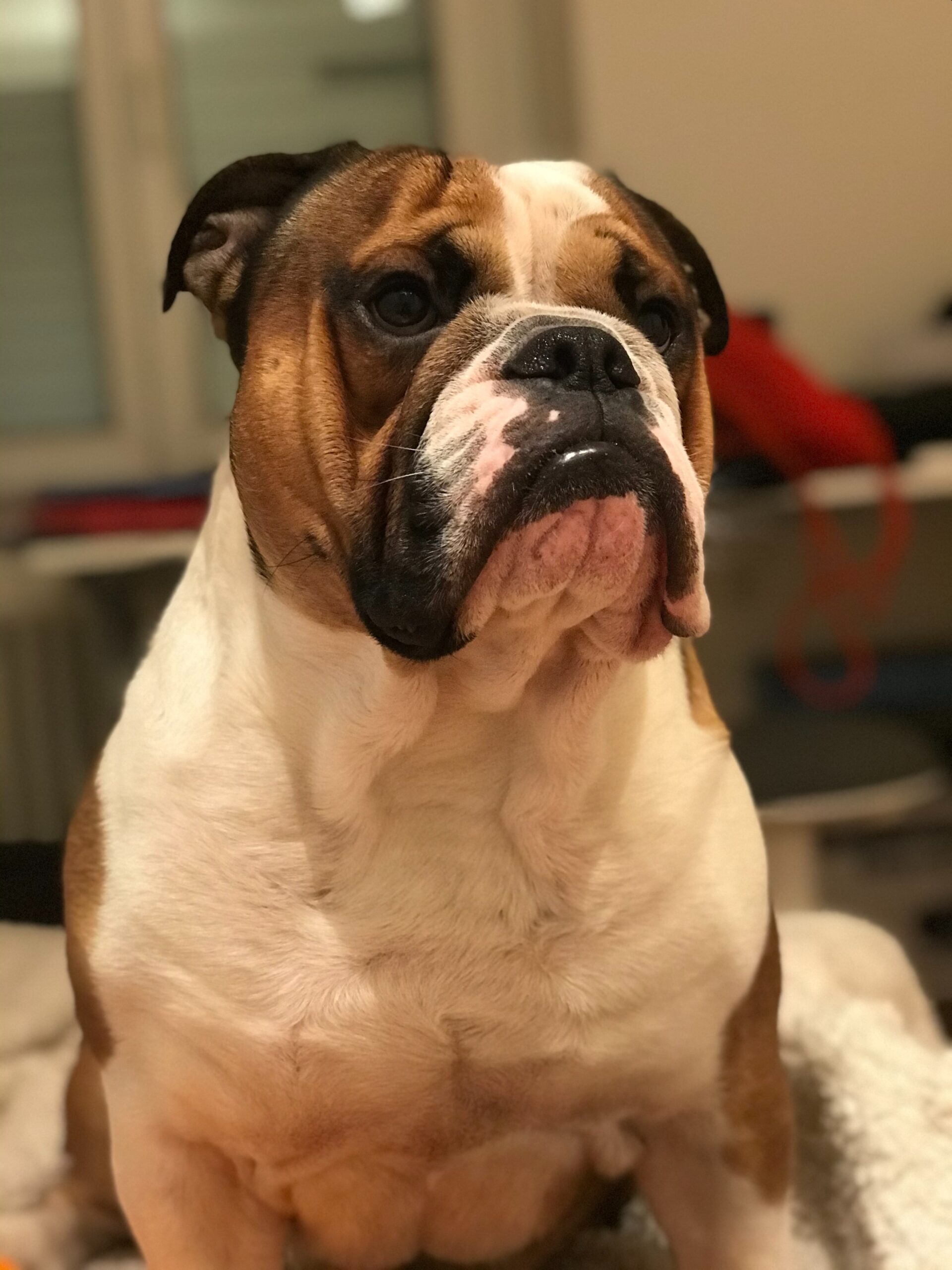 Lulu Is a Rhinoceros

Matthew Rushin asked his mom to send my daughter Lulu is a Rhinoceros, a children’s book by record executive and justice reform activist, Jason Flom, and his daughter, Allison Flom, and illustrated by Sophie Corrigan.

Lulu is a Rhinoceros is a 40-page picture book suitable for toddlers up through adults at least age 40. That’s my age, and I would read this book a million times, even if I didn’t have a child. It’s also currently on sale for just $10.80 on Amazon.

Lulu is a Rhinoceros was an instant hit with my daughter, so much so that Lulu has become a regular part of our family dialogue. It’s important to let you know that this is not a sponsored review or a favor. This is an enthusiastic review of a book that is full of promise for the families of NeuroClastic’s unique audience.

Lulu is a Rhinoceros is the perfect storyline to talk to kids about so many topics. It’s a beautifully subversive, layered, complicated little picture book with a mighty protagonist.

Lulu is a bulldog-presenting rhino who knows exactly who she is. While she has soft, fuzzy fur and a short, stubby, wiggly tail on the outside, she has thick grey skin and a tail that “whips and twirls” on the outside. This alone opens the doors for so many important conversations, and we’re just at the beginning of the book.

For years, I’ve described myself as a rhino. I am an herbivore. I’m not a predator at all. I don’t have sharp fangs or claws, but nobody is going to look at me and think, “I’m going to go mess with that guy.” I’m strong and have thick skin, and I just want to be near a source of water and do my thing in peace.

Even more, rhinos have a sensory profile similar to mine! They have terrible vision but a strong sense of smell and very sensitive hearing.

You can use this book to talk about what having a thick skin means and lead into discussions that promote emotional strength and resilience. Lulu might not be a predator, but no one gets to tell her who she is!

Lulu might be sad, or frustrated, or angry when others don’t listen, but she knows who she is and is determined to live her truth.

Stimming is a hallmark of neurodivergence! For autistic, ADHD, dyslexic, and other neurodivergent (ND) folk, we have internal and external stims— or repetitive movements or thought patterns that help us regulate our nervous systems and keep our thoughts in harmony.

Lulu has a short nub of a tail, but she imagines a tail that whips and twirls— which, of course, is a great way to talk about stimming! We autistic people often love to whip and twirl our bodies, or use fidget spinners, pinwheels, long fabric streamers, or sparkling jewelry to stim, watching the colors and flashes of light.

Many of us are vestibular sensory seekers, and we like to whip and twirl our whole bodies– like Otto the Crow, a great picture book about a nonspeaking crow that would serve as wonderful companion to this book.

Four times, Lulu introduces herself to dogs, and four times, she is rejected.

Dog 2: Are you some kind of freak?

It won’t take autistic kids very much of a leap of imagination to understand the impact of this constant bullying and invalidation, but Lulu is not just any animal. She’s a rhino with thick skin. She doesn’t let bullies invalidate her truth.

When I read this, I can almost hear the refrain that, “A girl can’t be a rhinoceros.” That’s the refrain of my childhood:

A girl can’t be a physicist.

A girl can’t be a drummer.

A girl can’t be an astronaut.

A girl can’t be President.

So I became a teacher, which is not what I wanted to do. I wanted to be a physicist and specialize in fluid mechanics. I wanted to wear pants and do martial arts, but my clumsy rhino self was put into ballet and leotards.

But the biggest heartbreak of my childhood was that I wanted nothing more than to play the drums, so I was sent to piano lessons.

One day, I am going to have the spare cash to buy a drum kit. I’ll send discordant videos of the awful and big noise that I make to everyone who said that girls don’t play drums. I’ll probably get a red and black drum kit (Girls don’t like red and black. Girls like pink.) of the most badass variety, and I’ll name it Lulu.

Marching to the Beat of Her Own Drum

Lulu would probably be deemed defiant and oppositional by her teachers and nosy public spectators. She wants a horn so that others will understand that she’s a rhino, so she ends up doing things that probably seem strange to others.

She tries on various found-object horns: a discarded smelly sock, a traffic cone, an ice cream cone, and a banana peel.

When she thinks the banana is working, she addresses a pigeon and asks if it knows who she is. You’re a bulldog. With a banana on your nose. To add insult to injury, the pigeon steals Lulu’s horn.

She barrels through traffic chasing down the pigeon with her banana peel horn, leaving her human frantically running after her and alarmed motorists beeping their horns.

Surely, everyone thinks Lulu is a bad dog with behavior issues at this point. She will need doggie boot camp to fix her “bad behaviors.” But Lulu is on a mission, and most importantly, she’s NOT a dog.

Lulu sails right into the NYC Zoo, past the “NO DOGS ALLOWED!” sign. She would be perceived as a problem by others because they think of her as a dog. She “doesn’t know her place.”

But Lulu knows exactly where she belongs.

While chasing the pigeon, Lulu finds herself yanked up by the lead. Her eyes fill with love when she sees that lead attached to a dark grey horn. She’s made it to the rhino enclosure and found her “crash.”

A group of rhinos is called a crash! How cool is that?!

One of the foundational values of NeuroClastic is interdependence. The toxic myth of independence underscores all kinds of abuses against marginalized groups who are expected to battle racism, classism, ableism, and all other forms of oppression without any support to offset the disadvantages built into society for anyone who isn’t the majority.

Therapies for autistic kids that focus on behaviors of the autistic kids are like therapies for victims of bullying to make them less different– as if difference is a justifiable reason to bully. These therapies are sold with the promise of more “independence.” No one is independent of their own industry and will, though. They lean on power structures put in place to advantage them.

Interdependence is a healthy goal for all of society. It is the acknowledgement that we are stronger together.

Tickbirds and rhinos benefit from each other. Because rhinos have terrible vision, tickbirds serve as a lookout to alert rhinos of danger. They also eat bugs off the backs of rhinos, which is a major help to both the itchy rhino and the hungry tickbird.

Besides, who in this world wouldn’t feel safer with a rhino having their backs when those pack animal predators start to circle?

Lulu and Flom Flom are a perfect match, and suddenly neither are alone anymore.

The Value of Diversity

Lulu and Flom Flom couldn’t be more different, but they also couldn’t be a more perfect pair. The other animals in the story bullied and rejected Lulu for being so different. But, she finds her place where being different is not only accepted but is celebrated.

Behavior is a failed metric.

Lulu’s “behaviors” would be seen as problematic by anyone who holds assimilation and normalcy as a value. But, Lulu isn’t the problem. She needs to contribute to an interdependent ecosystem and to live authentically, and those needs were being neglected.

She needed to be understood as different from others because she is different.

Neurodivergent people often go their whole lives having this need unmet. We seem wired for interdependence, and nowhere more than in the US is this need not only rejected but scorned as willful laziness and lack of determination.

Disability is different from inability. A rhino has terrible vision, but that doesn’t mean that it’s useless. It means that the rhino needs a mutual relationship with a very different animal with a different skillset.

Neurodivergent people have incredible strengths that are rarely accessed because society is structured to favor the norm. Neurodivergent vulnerabilities—like the poor vision of the rhino— are treated as deficits to overcome rather than areas of interdependence where a sighted friend could be an asset.

This book would build the perfect context for introducing gender identity, neurodiversity, and other invisible marginalized identities to your children.

On the back cover of the book are alternating pictures of Flom Flom, Lulu, and a more traditional-looking rhino face.

She understood it the first time, with no explanation or guidance from me. This was a book that naturally resonated with her, because she, too, is wired for interdependence. She, too, is different in ways that are true but can’t be seen from the outside.

We read Lulu together every night for three months.

If Lulu said she was a rhino, why wouldn’t we validate that? Why is it so hard to accept others and hear them? Why do we fight so hard to push others into a fit and claim they are better off being normal than being authentic?

April is Autistic Acceptance Month, and NeuroClastic is working with some amazing Autistic people and allies to create activity guides and NeuroInclusive Stories for three books: Lulu is a Rhinoceros, My Brother Otto, and Melt like Ice Cream.

We will also provide you with sample grant texts to help your children’s teachers apply to get a class set of these books to use in their classroom and promote acceptance over assimilation!

Terra Vance is an industrial and organizational psychology consultant and founder and CEO of Neuroclastic, a website that provides information about the autism spectrum from autistic people. Her passions are in the intersections of social justice, equity, literature, Truth, and science. Read the original article here.

Photo by Filippo Taioli on Unsplash